)Double click an oxygen of one of the molecules

4)Drag the mouse and double click a hydrogen along the hydrogen bond.

What is the distance of the hydrogen bond in a water dimer in Angstrom (remember 10A = 1nm)?

The Case of H2O

Water can exist as a solid (ice), liquid (water liquid), or gas (water vapor). The basic molecular formula for the water molecule is the same in each H2O. But, as the temperature of the system changes the hydrogen bonds between water molecules change drastically.

In ice, the crystalline lattice is dominated by a regular array of hydrogen bonds which space the water molecules farther apart than they are in liquid water. This accounts for water's decrease in density upon freezing. In other words, the presence of hydrogen bonds enables ice to float, because this spacing causes ice to be less dense than liquid water.

Were the bond strengths more equivalent, one might instead find the atoms of two interacting water molecules partitioned into two polyatomic ions of opposite charge, specifically hydroxide and hydronium.(Hydronium ions are also known as 'hydroxonium' ions).

Indeed, in pure water under conditions of standard temperature and pressure, this latter formulation is applicable only rarely; on average about one in every 107 molecules gives up a proton to another water molecule, in accordance with the value of the dissociation constant for water under such conditions.

For an excellent technical read on hydrogen bonds in water see: Hydrogen Bonding in Water (1)

FROM WATER TO ICE

In ice Ih, each water forms four hydrogen bonds with O---O distances of 2.76 Angstroms to the nearest oxygen neighbor. The O-O-O angles are 109 degrees, typical of a tetrahedrally coordinated lattice structure. The density of ice Ih is 0.931 gm/cubic cm. This compares with a density of 1.00 gm/cubic cm. for water.

WHAT IS MOLECULAR MODELING 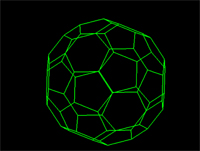 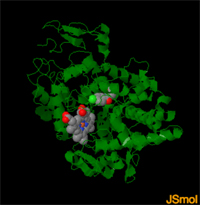 A REVIEW OF SCIENTIFIC NOTATION